The Mary John book collection consists of 800 books on First Nations related topics. It is a “reader friendly” collection with titles that capture the interest of a broad range of people from the recreational reader to the researcher. Topics include: Native art, crafts, culture, medicinal plants, healing, spirituality, biographies, early journals, women’s and social issues, hunting, trapping, food and wild game recipes and living off the land, as well as books for children and young readers.

An in-depth section on the Carrier people includes theses and dissertations to aid students, researchers and teachers. There is also an audiovisual section with DVD’s of Native stories and legends, traditional lifeways, fish and wild food preparation etc. along with CD’s of Native music and song. A small archive of maps and photographs dating from 1940 back to 1864 is also planned. 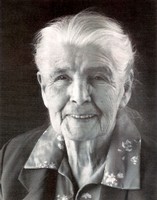 Mary John Sr.–a respected leader of the Carrier People in the Vanderhoof area.

As a homemaker, educator, language teacher, social reformer and advocate for the Carrier people and their culture, Mary John Sr. believed that education was the key to rising above the barriers that face aboriginal people today. She worked tirelessly to promote understanding between aboriginal and non-aboriginal communities.

The book “Stoney Creek Woman – Saik’uz Ts’eke – The Story of Mary John” (co-written with Bridget Moran) documents Mary’s triumph over racism, poverty, and disease to become a respected community leader. As a mother of twelve, Mary and her husband Lazare raised their family on the Stoney Creek Indian Reserve(Saik’uz) near Vanderhoof.

As a person of enormous integrity, strength and gentleness, Mary became a role model in the community. Some official honours bestowed on Mary include: Vanderhoof’s Citizen of the Year (1978), an honorary degree from the University of Northern British Columbia (1995), the Order of Canada (1997), and the Queen’s Jubilee Medal (2002).

In 2005, the year after Mary John passed away, George Labrash and Craig Hooper, with the support of the John Family, approached the Vanderhoof Public Library Board with the concept of the Mary John Collection, a literary legacy in honour of the respected Saik’uzelder.

The Vanderhoof Public Library would like to thank the following donors for making the Mary John Collection a reality: 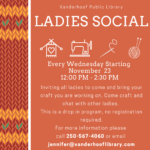